First and foremost: Marco Martin made the shell more responsive by improving the performance of the top panel.

We have solved some issues regarding international numbers: When dealing with numbers saved without a country code, we used to need to guess what country the number was from. Previously, we had to do this based on the locale settings, but now we also take into account which country the phone is based in and take information from the cell towers.

We also fixed an issue that could result in the dialer showing the wrong contact name when receiving a call, and now you can also use the dialer correctly with a hardware keyboard.

Thanks to Smitty van Bodegom and Jonah Brüchert, Plasma Mobile’s SMS app gained several UI improvements. For one, errors while sending messages are properly reported, and it also shows you which number you are sending SMS from. Another improvement is that chats are now ordered properly.

Han Young overhauled the KWeather plasmoid. Not only did he fix some annoying issues, but the corrections allow you to select separate locations. The corrections in the plasmoid have also removed the same issues in the app.

As for KWeather’s look, Devin worked on giving the dialogs in the app a consistent style, as well as a new inline page indicator for flat mode.

Han Young’s worked on ensuring that receiving alarms when the phone is suspended works in all cases; and Devin made sure that a proper theme is applied at all times, especially when using KClock on non-Plasma systems. He also changed the dialog style to look more consistent with other native dialogs.

Talking of which, KRecorder received the same theme fixes applied to KClock, so it also now looks consistent across platforms.

We also improved the user interface. The Share dialog now handles errors, sends a notification with the shared destination URL for services like Imgur, has a loading indicator and a title. As for the camera selection dialog on the desktop, it won’t fill the entire width anymore.

Dimitris Kardarakos made sure that the phone no longer pointlessly wakes up at midnight and added some UI improvements.

It’s been quite a busy month for Kasts development. The main features implemented into Plasma Mobile’s podcasting app this month include: 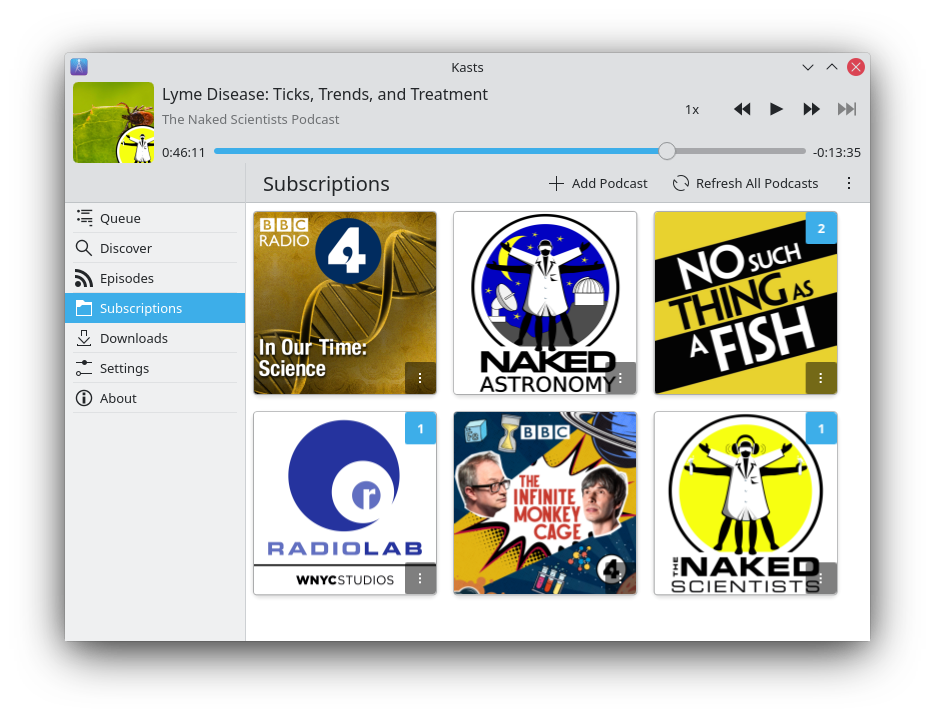 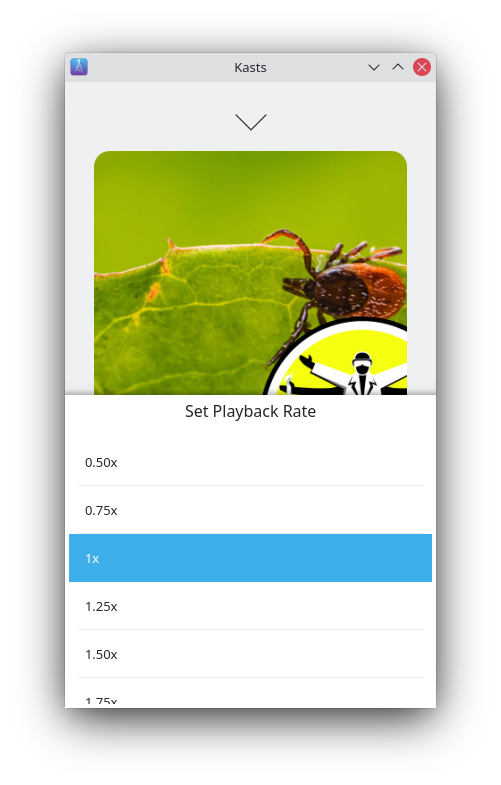 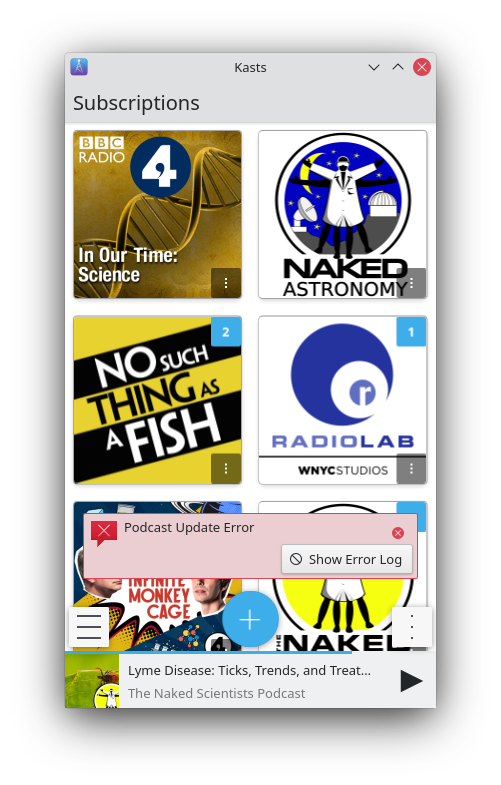 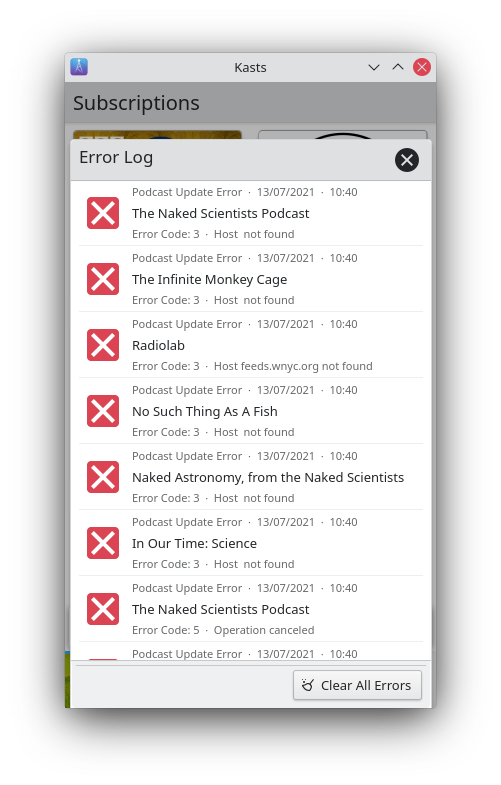 The Plasma Mobile sound contest has now concluded. You can find out more here. A big thank you to all participants! We will be including the sounds in future releases of Plasma Mobile.

Also, consider joining our Matrix channel, and let us know what you would like to work on!