Smoother gestures, improvements to the Dialer, NeoChat, Clock, and more!

Plasma 5.24 was released on February 8th, with many changes to the Plasma Mobile shell.

The primary shell repository (and corresponding package name for distributions) has been renamed from plasma-phone-components to plasma-mobile. Devin Lin did a lot of work on the shell for this release.

The Settings panel has gone through a re-design to improve its looks, and gained new media and notifications widgets. We also implemented a new landscape format for tablets which we plan to improve moving forward.

We carried out a comprehensive clean up of the code, and it now uses a much more reliable method for detecting flicks. This should provide a smoother gesture experience. 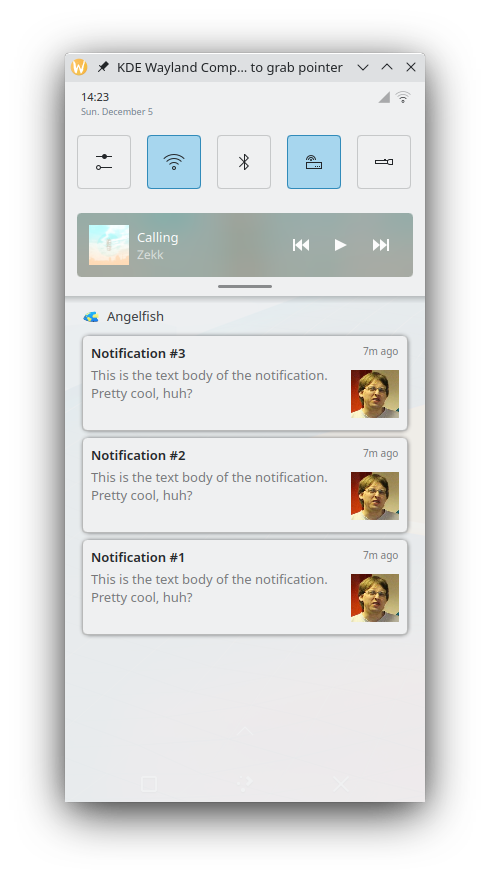 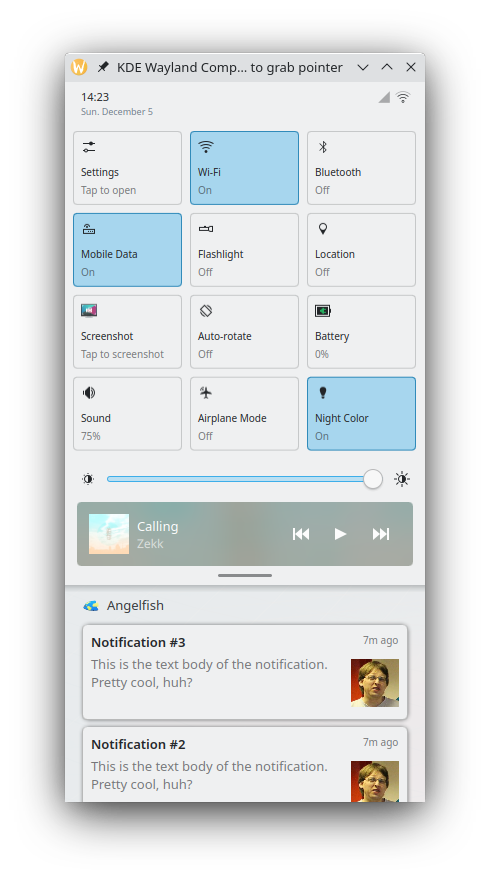 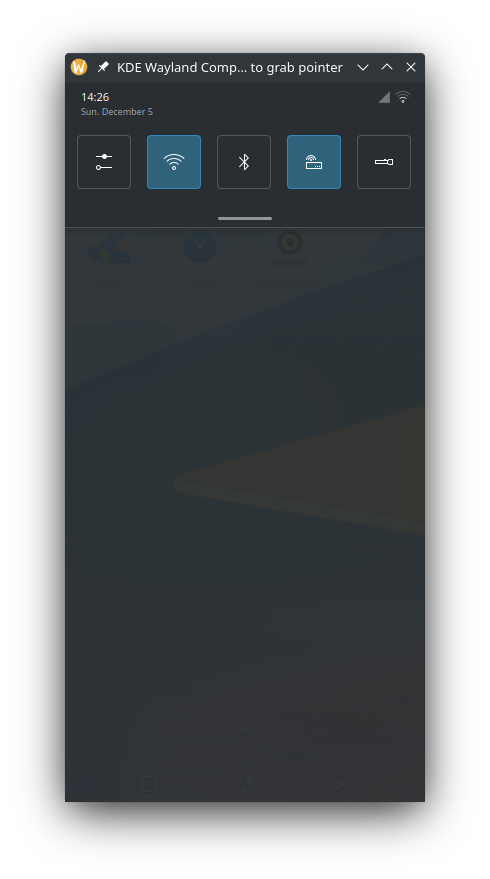 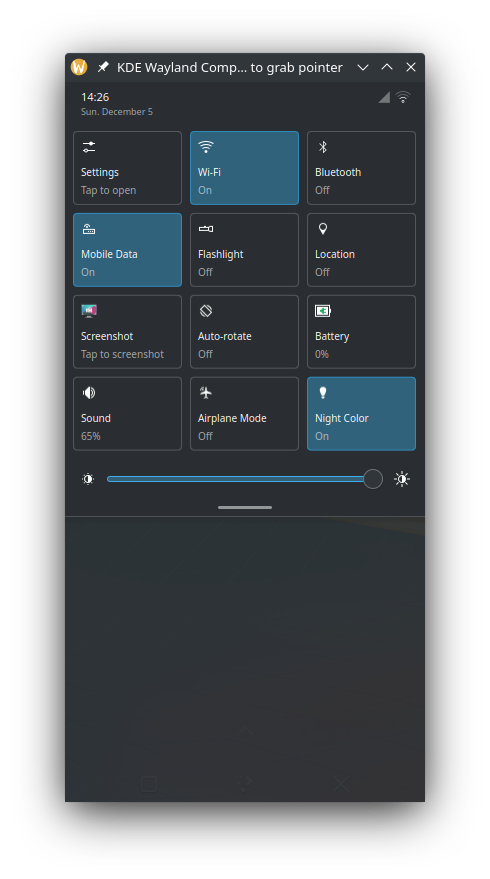 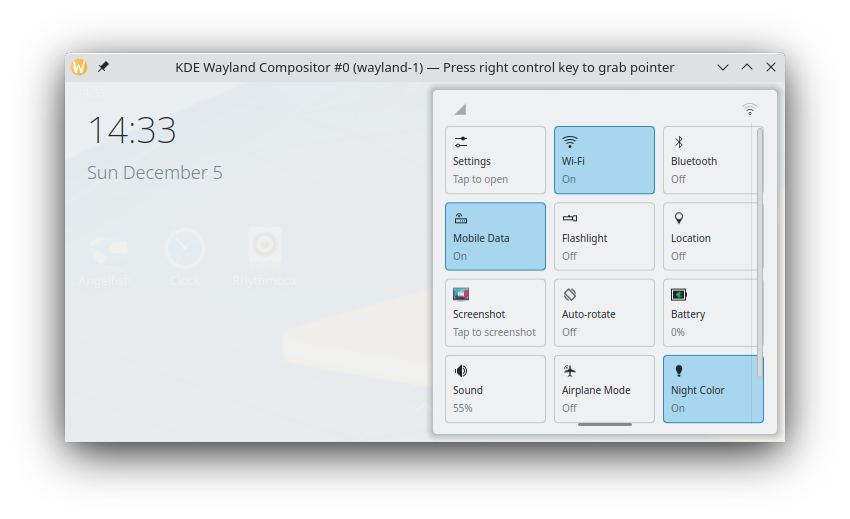 We explored the possibility of having full gesture navigation (without the navigation panel), but this is not available in the 5.24 release.

The Homescreen received a lot of fixes and optimizations in this update. KRunner now pops up on the Homescreen when performing a swipe down gesture, allowing for easier searching. The app drawer open/close gesture was rewritten to fix stutters and make flicks smoother.

Plasmoids and apps placed on the Homescreen also received fixes for when they are placed and removed.

The startup indicator when launching an app and the task switcher now reuse the Homescreen window rather than creating new windows. This greatly improves the smoothness of animations on the PinePhone.

Devin added a new search feature, as well as a widescreen mode for tablets. He also changed the header style to show a back button rather than breadcrumbs. With this improvement, the system module names don’t go off the screen. 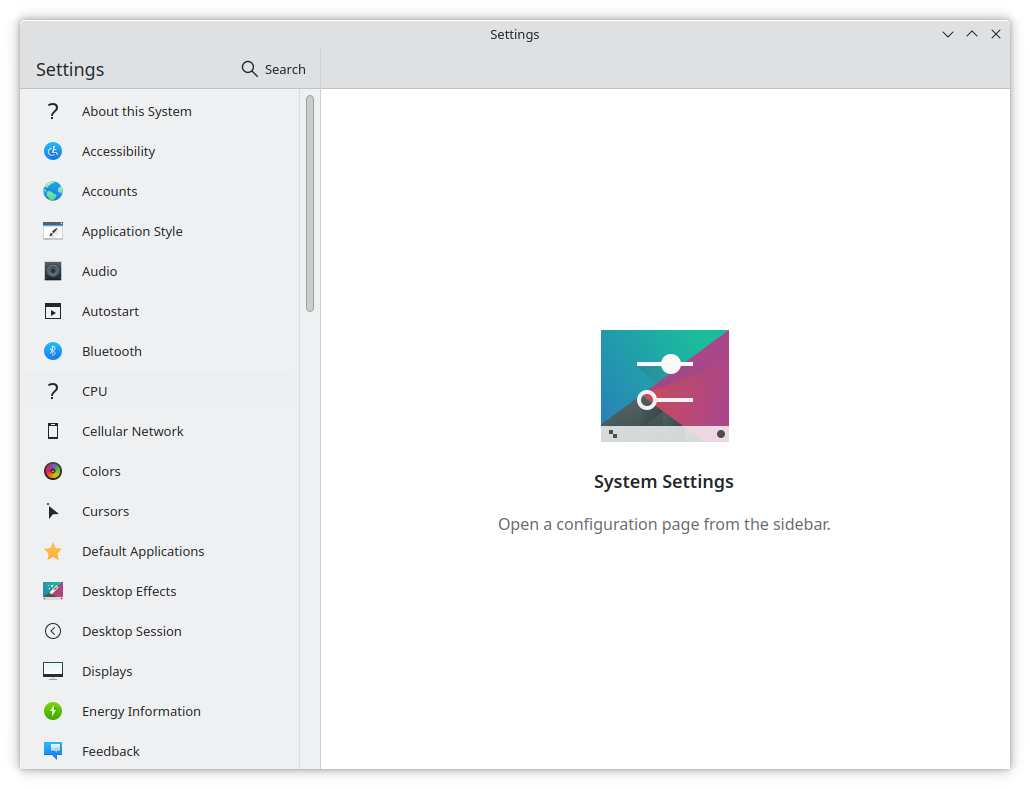 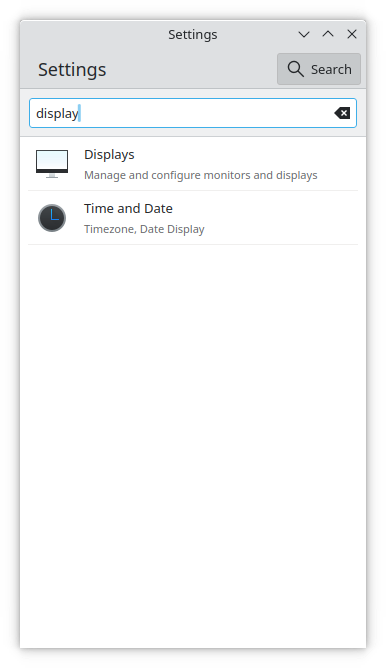 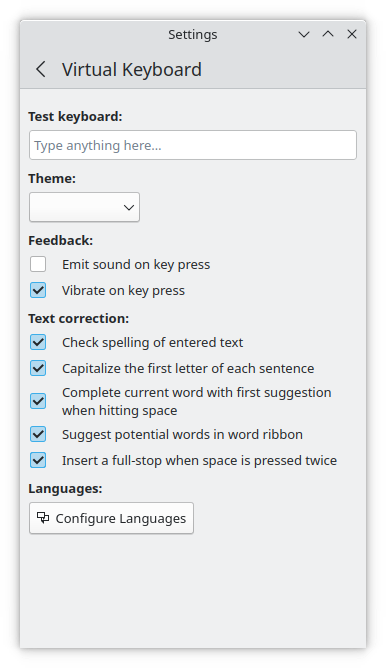 Devin reworked the backend daemon to better support custom ringtones for alarms. He also reworked the UX of list editing and forms in the application. In-app dialogs were also added to control ringing alarms and timers, as opposed to only being able to do so in notifications. 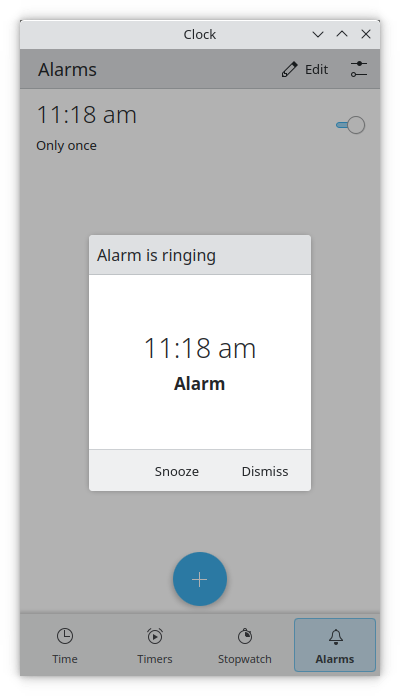 Devin took over as caretaker for Calindori, previously unmaintained, and started work on improving the application UX. 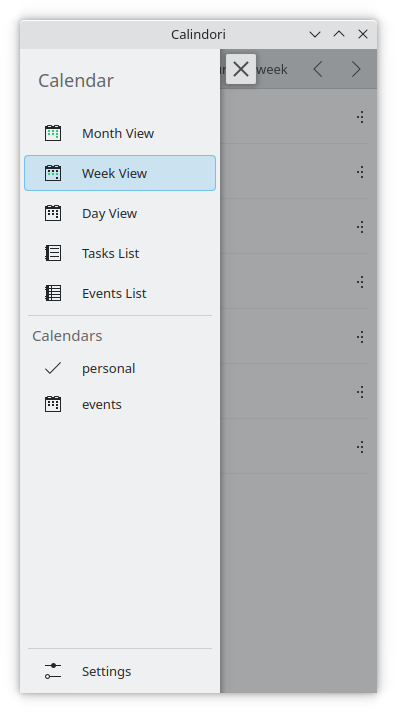 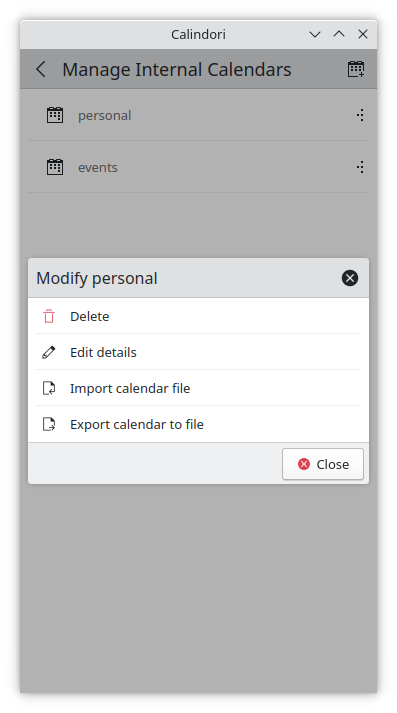 Devin fixed the Ctrl and Alt buttons that had not been working, as well as some issues with the physical keyboard focus.

Devin fixed dialogs that were immediately closing when opened, and some visual issues when new recordings were being added.

Devin reworked application navigation to use a bottom toolbar, as well as back-button based headers. 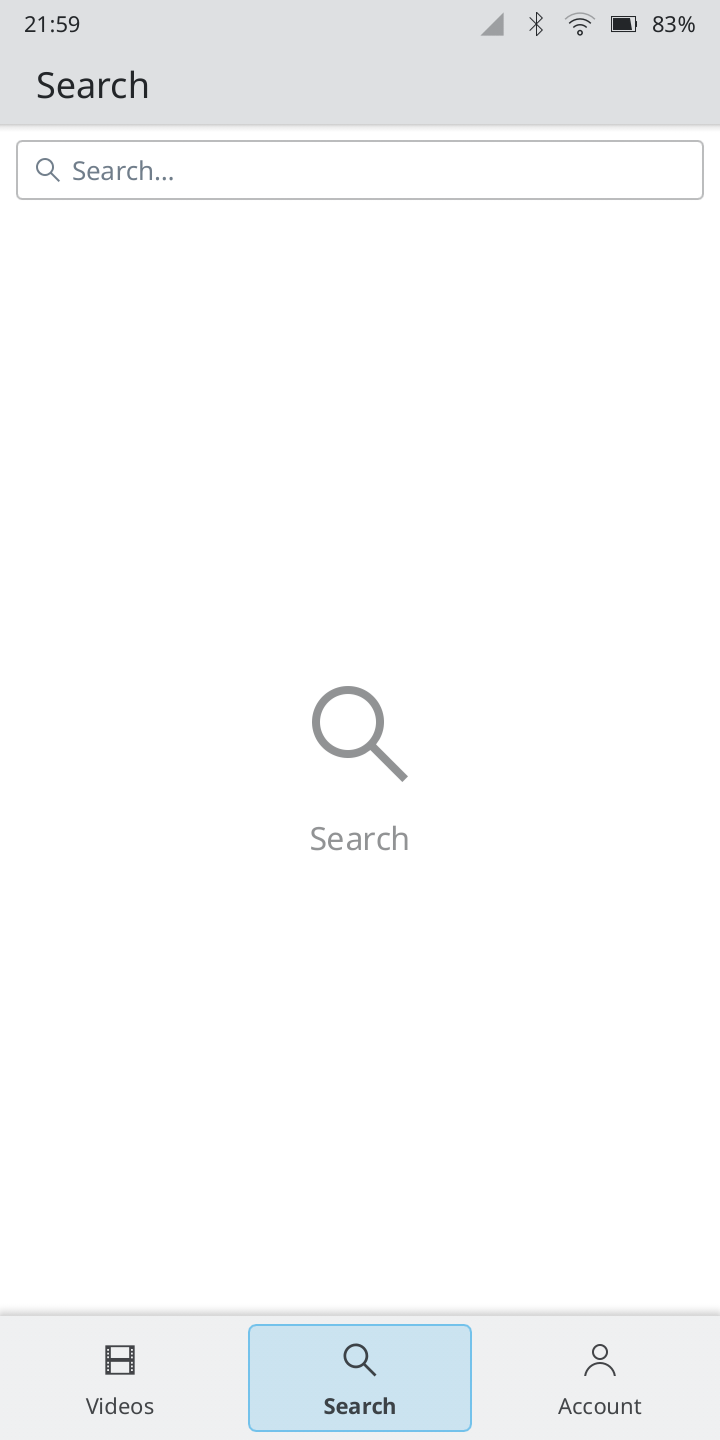 Similar to other applications, Devin updated the sidebar button style to follow Plasma style and improved the page navigation. He also added settings and About pages.

Alexey added a prompt dialog to clear the history of calls. He also fixed regressions and restored audio profiles switching during a call and automatic return from a call status page after a call. He also added support for choosing phone numbers via the Contacts menu when there are several numbers for the same contact. Another of Alexey’s contribution is the logic (based on initial work carried out by Nicolas Fella) that pauses active media players on the device during incoming calls.

Apart from bugfixing, Bart optimized the player controls for landscape orientation on mobile.

Felipe Kinoshita added a desktop UI to Angelfish which already has almost the same feature set of the mobile UI. In the future we will try to bring all features to the desktop version, and share even more code than we do now. As a result of this effort, the settings were ported to Kirigami.CategorizedSettings, so they can appear in an additional window on the desktop, while being shown as a page on mobile devices.

In addition to that, Jonah worked on some fixes for the AdBlock filter list updater.

Fushan Wen added support for minimizing the application to the system tray on startup, and Carl Schwan improved the Internet connectivity check. It is now using the connectivity to the server instead of using the global network connection. He also added support for sharing files directly from NeoChat with other applications and online services, such as Nextcloud, Imgur, etc.

Tobias Fella implemented a feature that lets users add labels to accounts. This makes it easier to use NeoChat with multiple accounts.

The NeoChat team also worked on reducing many of the open tickets by fixing minor bugs, closing duplicate tickets and implementing many small features. 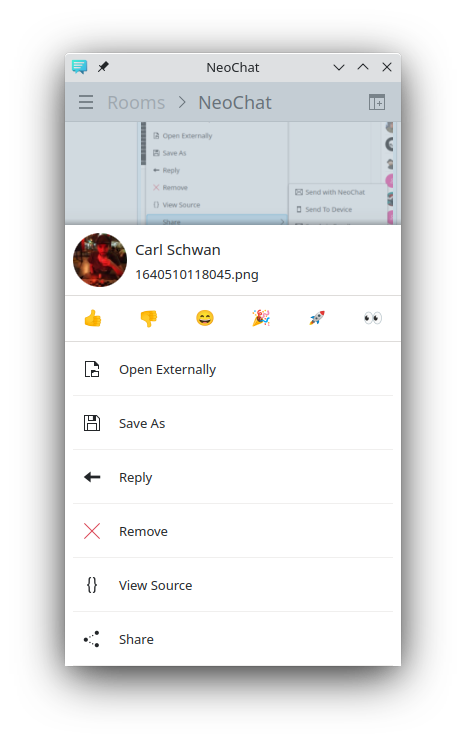 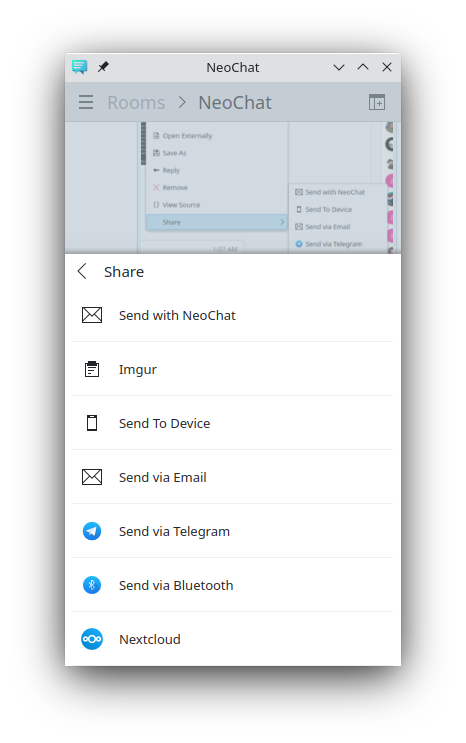 Also, consider joining our Matrix channel, and let us know what you would like to work on!