Updates in Plasma Mobile for September to November 2022

The Plasma Mobile team is happy to announce the result of all the project's development work carried out in September and November of 2022.

Akademy 2022 was held in Barcelona, and Devin and Bhushan presented some of the work in the project in the following talk:

Several Plasma Mobile BoF (birds-of-feather) meetings were also held. More details about them can be read over at Devin's blog.

Plasma 5.27 will be released on February 9th, 2023. This will be the last Plasma 5 release, with work after that being focused on Plasma 6!

Devin added a feature that lets you tap the media player so that the audio source app window opens. He also fixed the quicksettings so that it now always opens the mobile settings application. Several issues with the mobile data quicksetting not accounting for certain scenarios were also fixed; and he also worked on fixing the marquee label in the WiFi quicksetting, stopping them from overflowing when multiple network devices are attached.

Devin fixed the close button not being usable while an application is launching.

Devin fixed some performance issues when scrolling in the grid app list. This should improve performance a lot on slower devices.

Yari fixed support for the Meta key, and it should now properly bring up the homescreen when pressed.

Devin did some performance refactoring, and also set the clock text to bold to improve contrast.

Aleix fixed wakeups while the screen is off and the device is rotated. Rotations are now only tracked when the display is on.

Xaver added support for device panel orientations. This means that devices like the OnePlus 5 (which has an upside-down mounted display) will now have the orientation correct by default, and not inverted for touch input.

The bug that led to shell configurations sometimes being wiped at start has been fixed in the upcoming Plasma 5.26.4 release.

Seshan worked on an updated design for the power menu, and it now includes a logout button.

Devin spent time addressing feedback through the KDEReview process, in preparation for moving the application to the KDE Gear release cycle. These changes include: 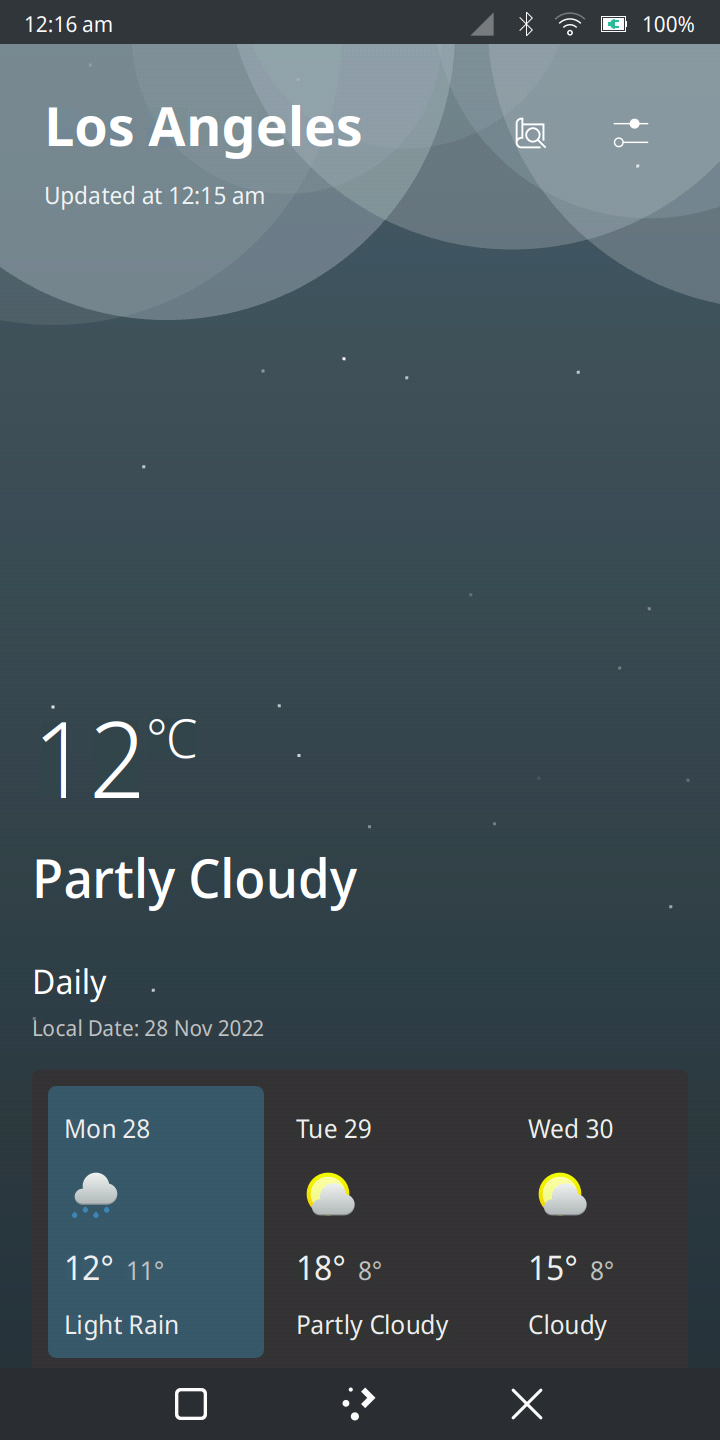 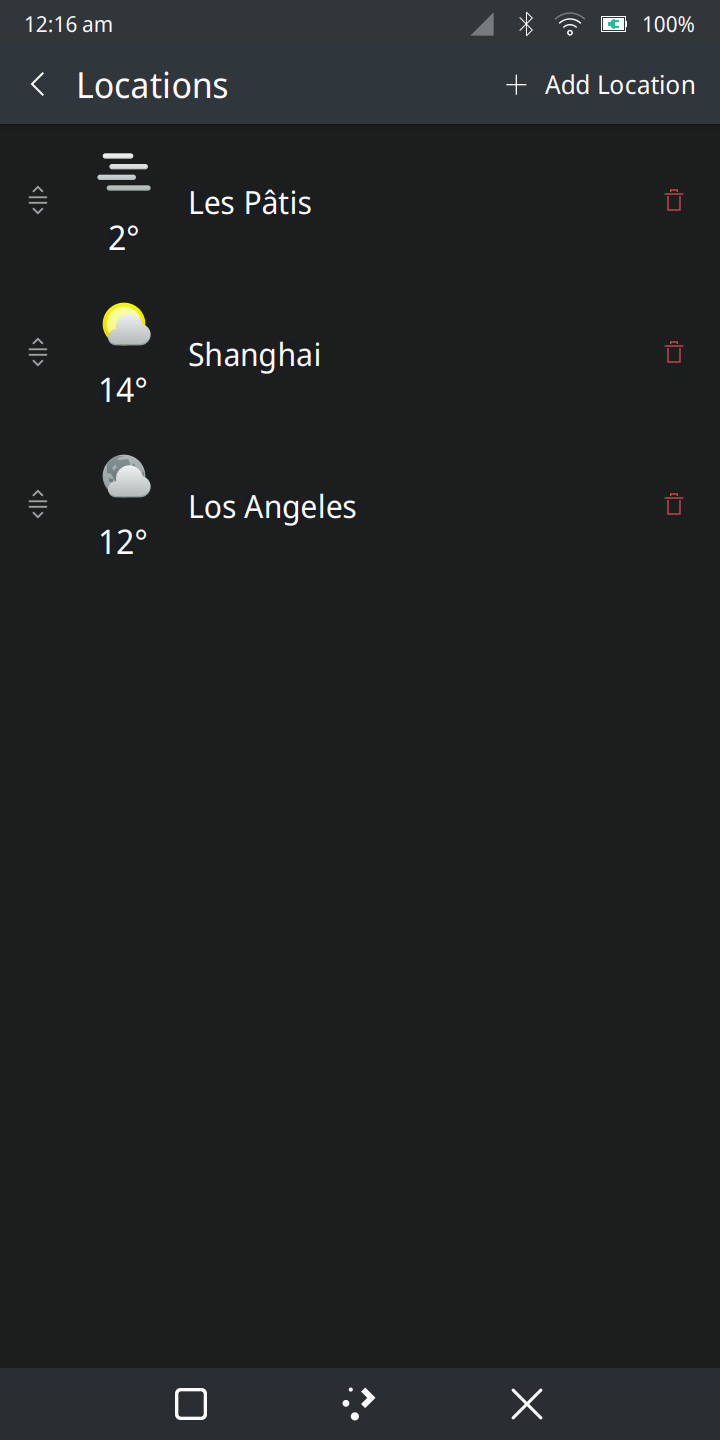 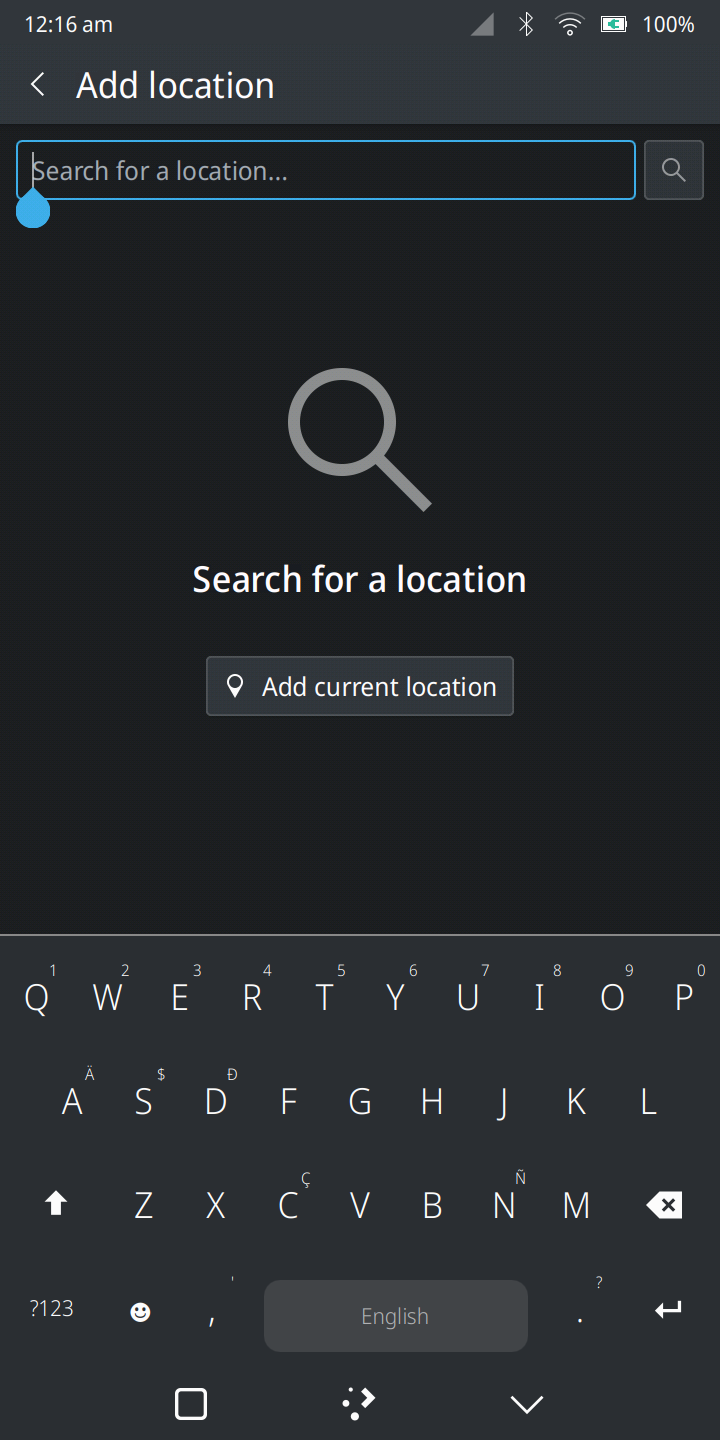 Devin also spent time on the Recorder app, addressing feedback through the KDEReview process in preparation for moving the application to the KDE Gear release cycle. These changes include: 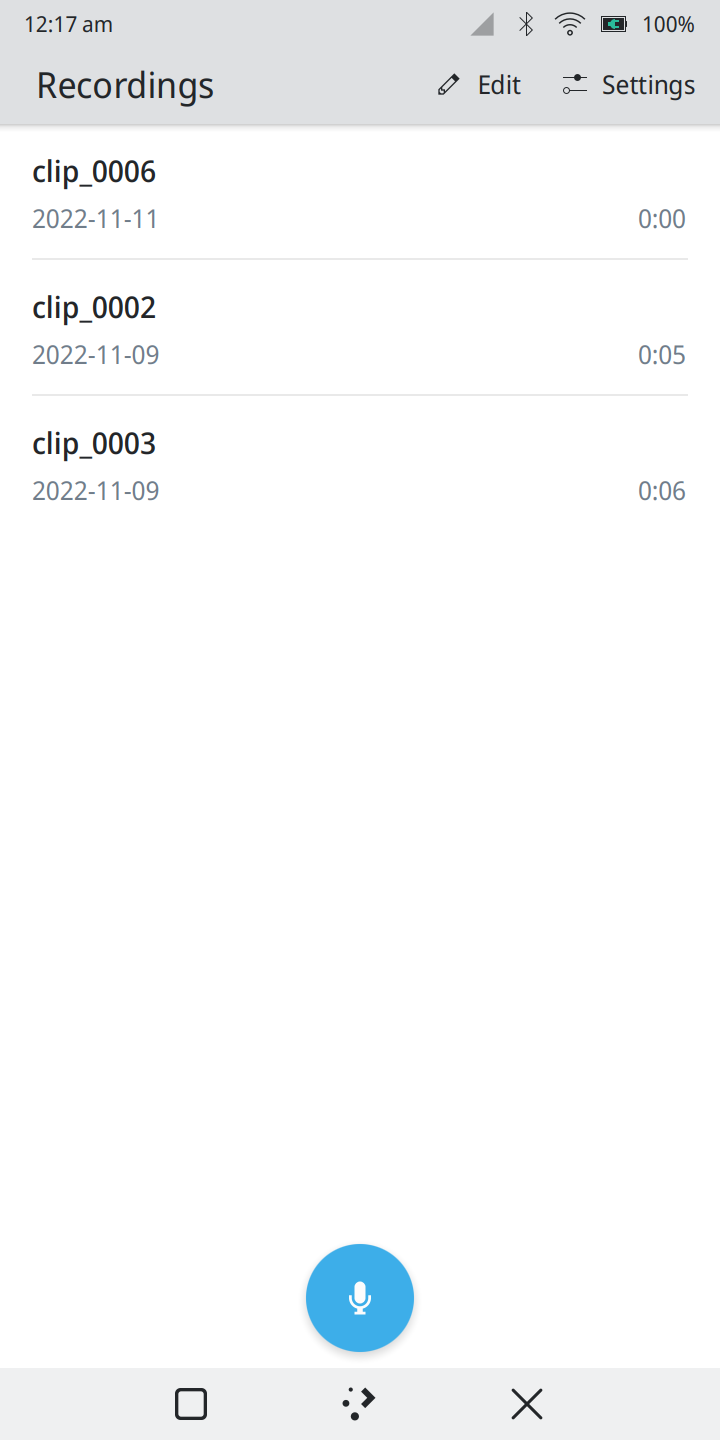 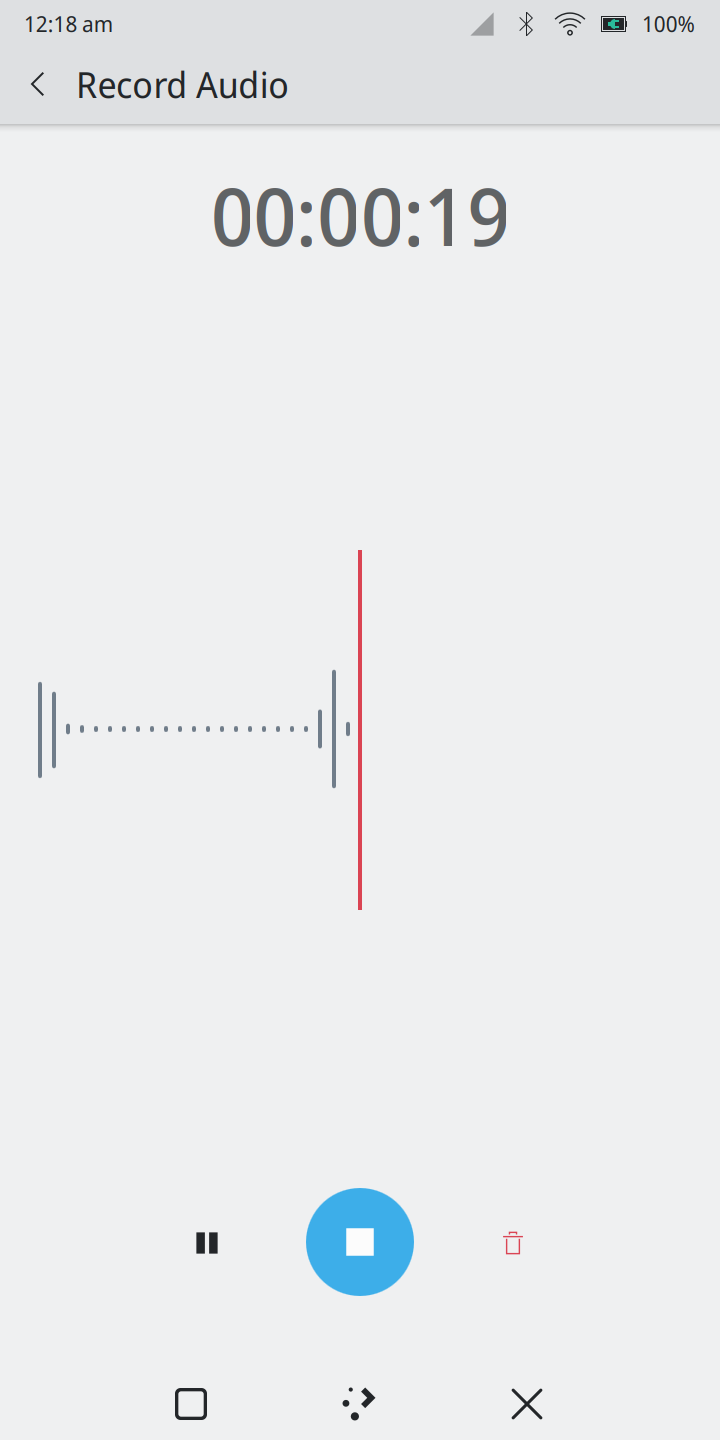 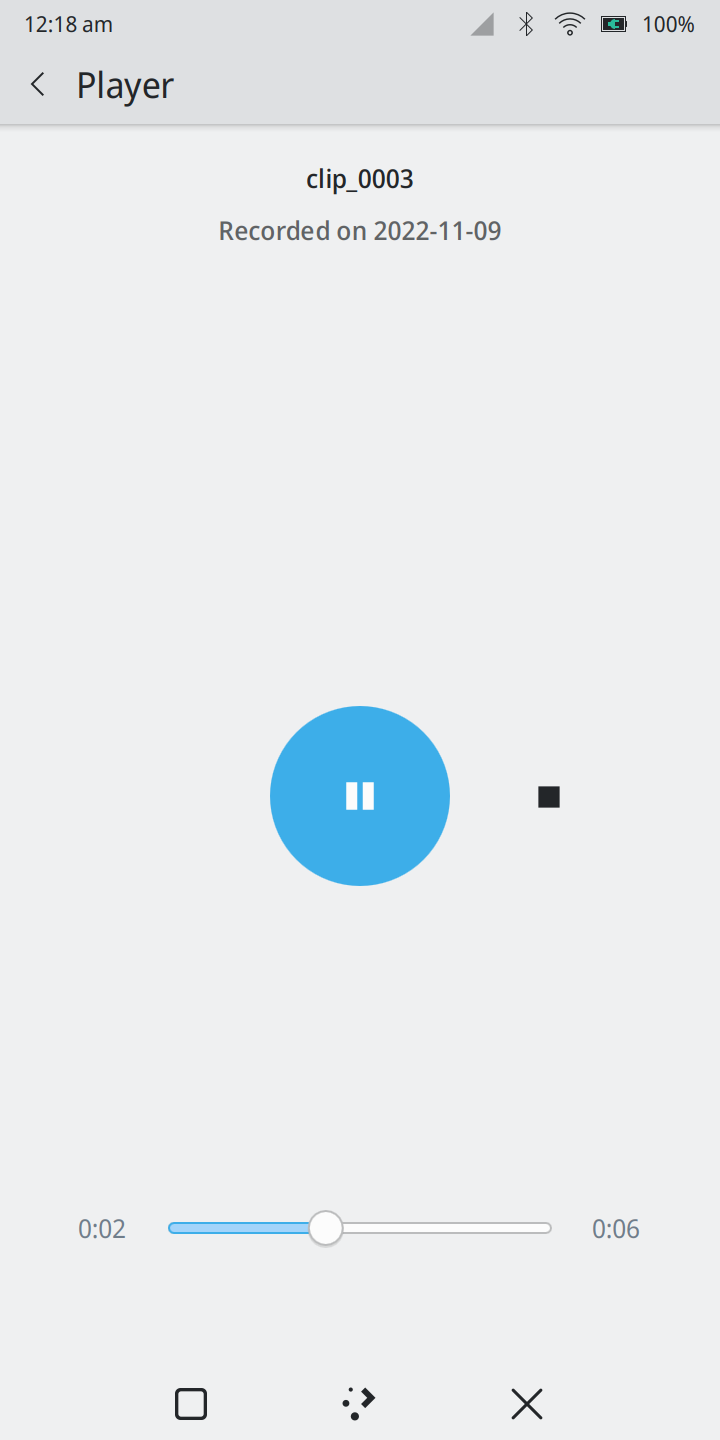 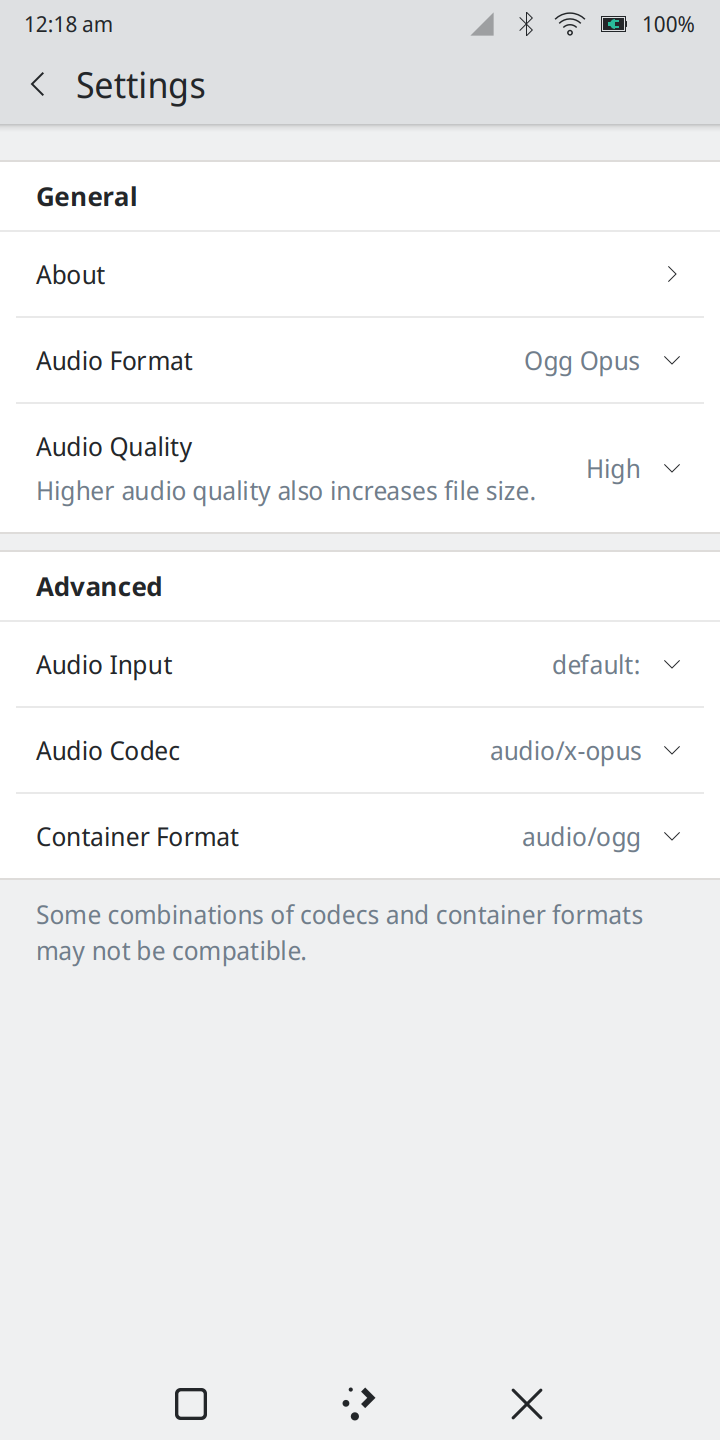 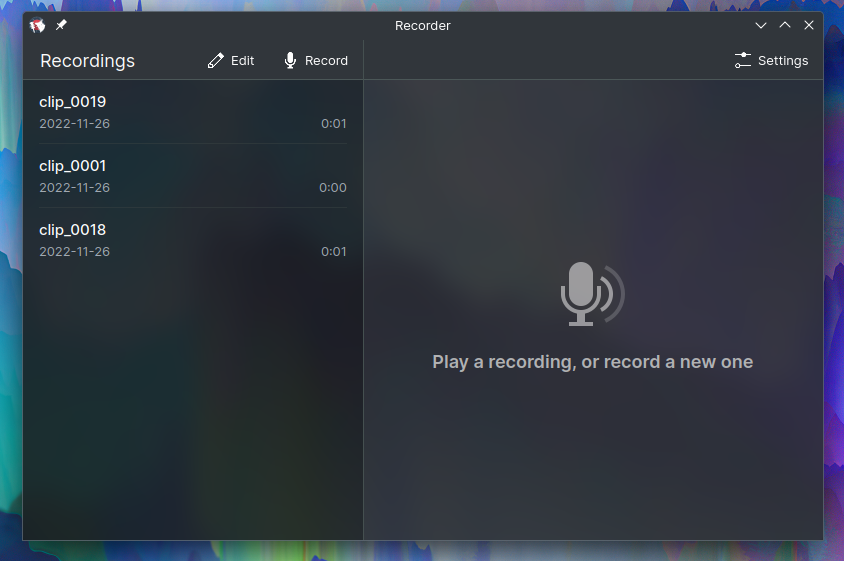 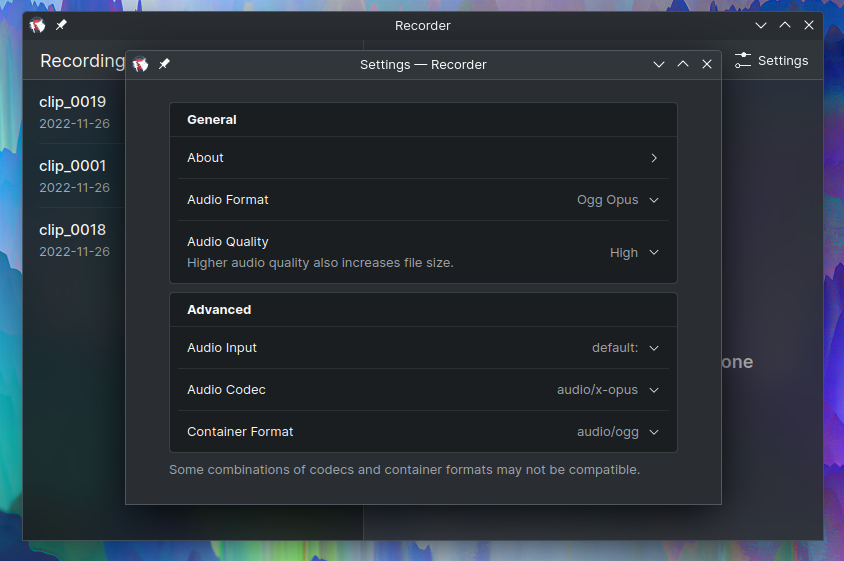 Devin fixed an issue where looping timers could have multiple ongoing notifications and the user was not able to dismiss them.

Devin did some bug fixing work on the terminal application. He fixed command deletion not saving in certain cases, and also fixed the bug which made the whole window to close when Ctrl-D was pressed.

Marco, along with Alexey, fixed an issue when there was no ringtone when the phone was in lock screen mode without an additional notification. Marco also helped Alexey improve KWin's logic when parsing application privileges, like the lock screen overlay. 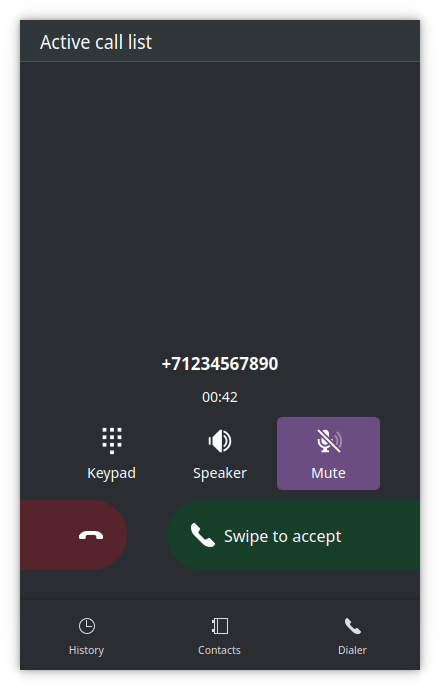 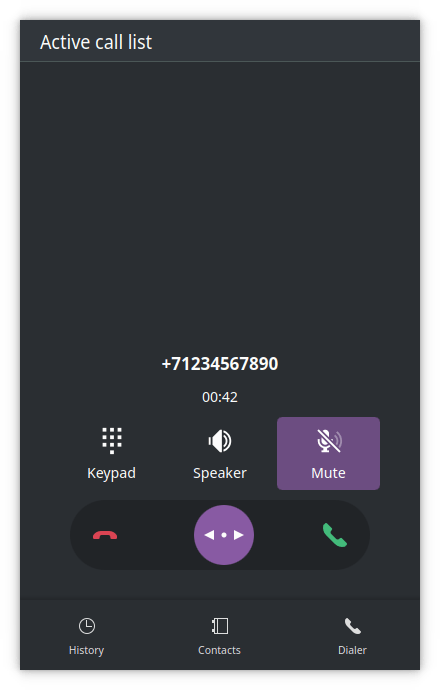 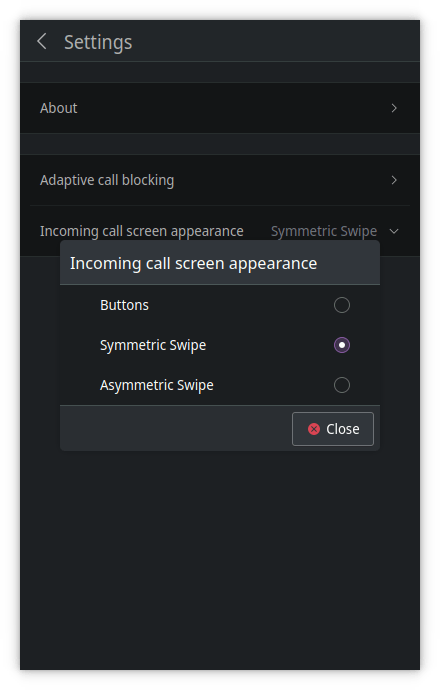 Michael added attachment previews to notifications. He also made it so that image attachment previews are shown in the chat's list. Another thing he implemented is support for tapback reactions. There is now a confirmation dialog before deleting a chat conversation to prevent accidental deletion of a conversation. Michael also made it so that MMS messages can be downloaded even when wifi is also connected. 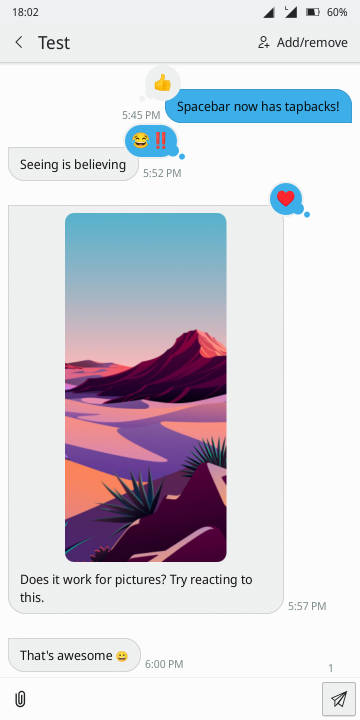 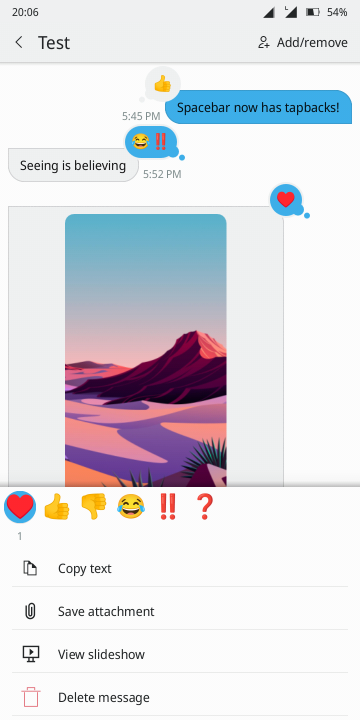 Carl ported Tokodon's settings to the new form components. He also updated the timeline by automatically cropping and rounding the images, improving the typography and fixing some sizing issues.

Volker fixed multiple bugs in the timeline and reduced the transfer volume on a "warm" start-up by 80%. For the technical details, you might want to read his blog post: Secure and efficient QNetworkAccessManager use 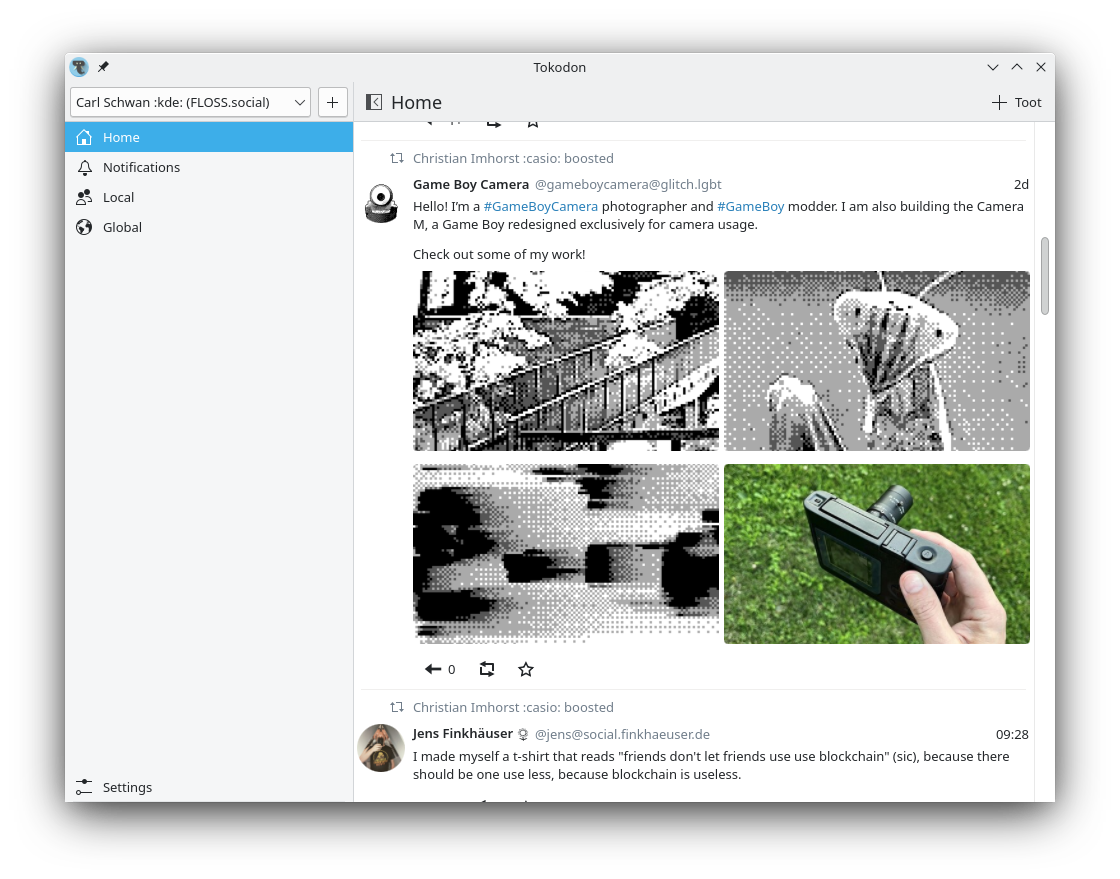 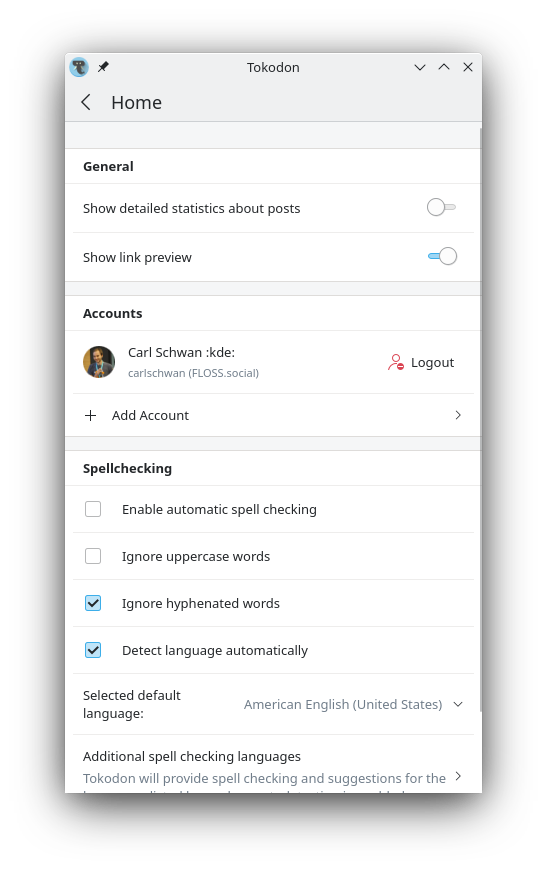 Tobias has made a lot of progress on end-to-end encryption. You can read more about it in his blog post: NeoChat, encryption, and thanks for all the olms

But that's not all, aside from the end-to-end encryption implementation, there was also a lot of changes to NeoChat's configuration settings. James and Carl ported many settings to the new form components. James additionally created a new settings component for managing your notifications settings directly from NeoChat. Gary Wang made it possible to configure a proxy for NeoChat. Tobias improved the settings on Android (hiding the irrelevant settings).

Tobias rewrote the account switcher to make it easier to switch between accounts. 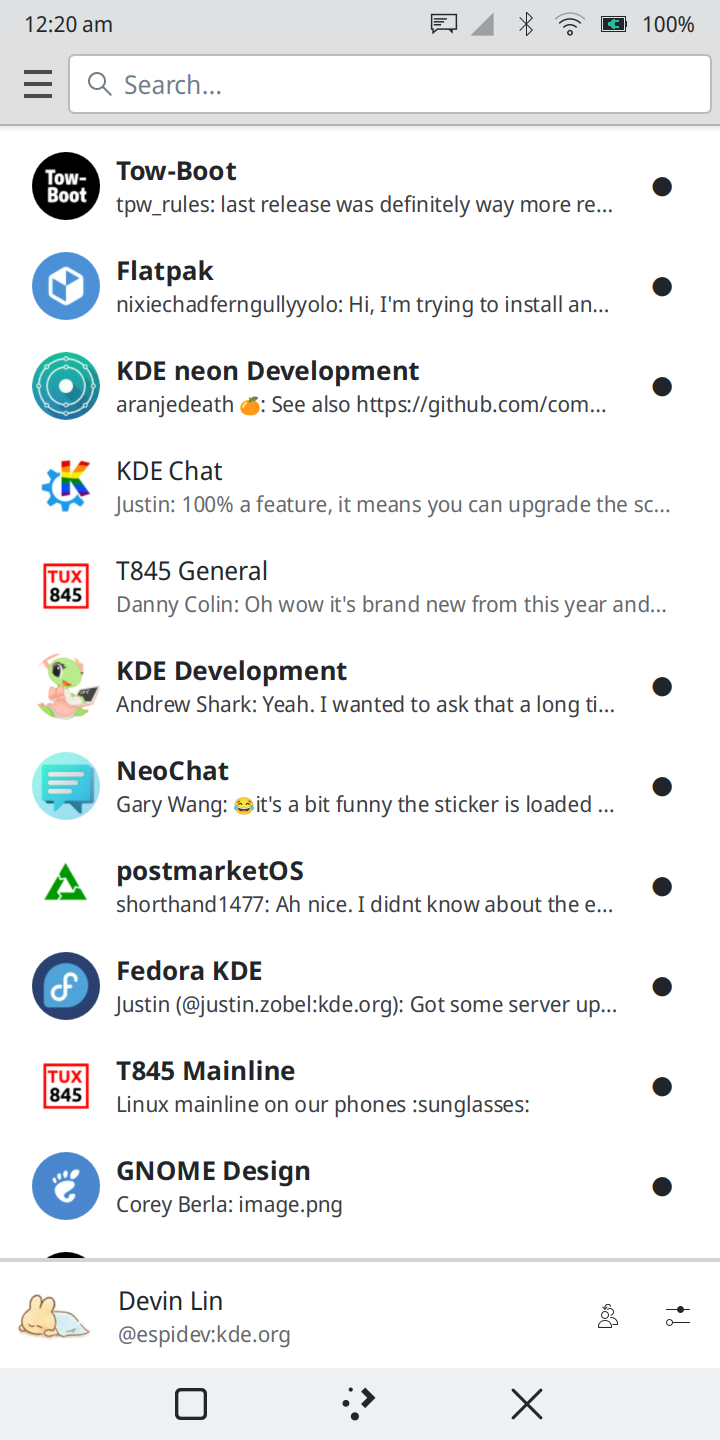 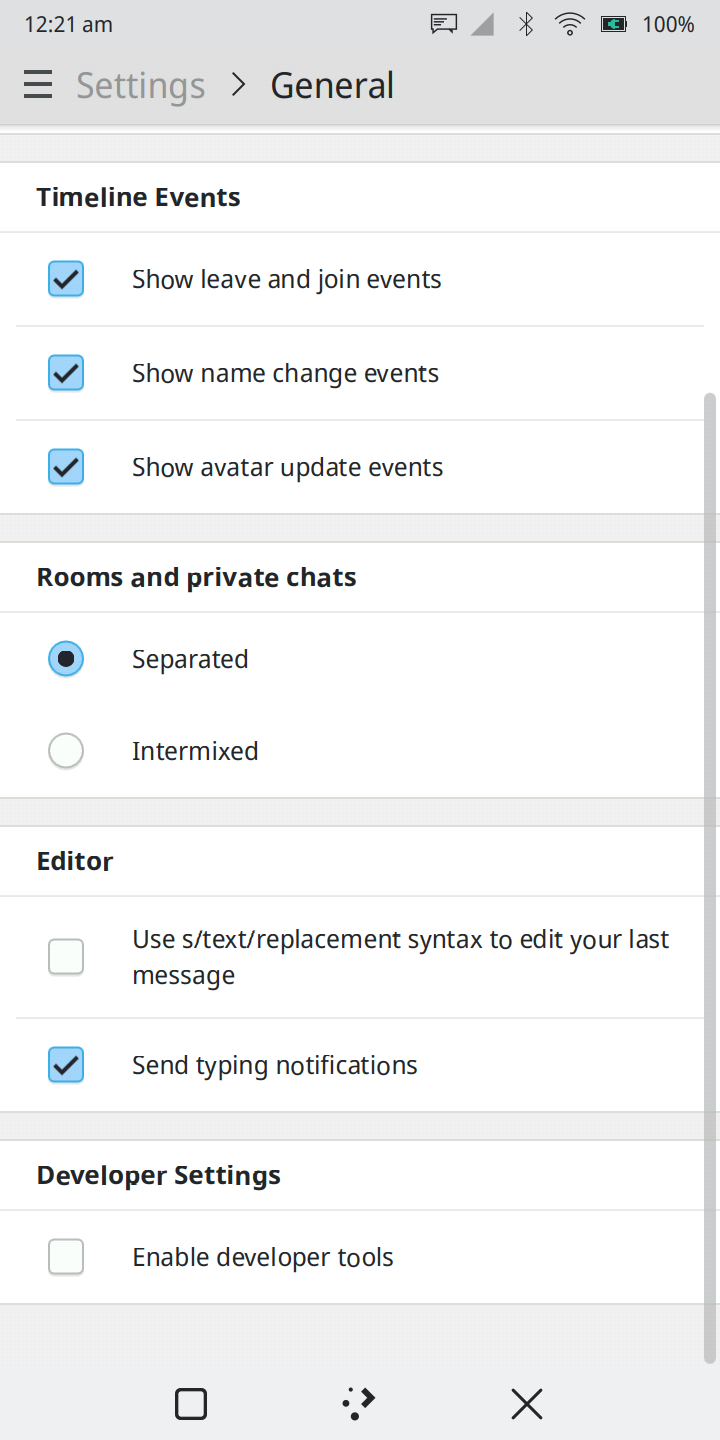 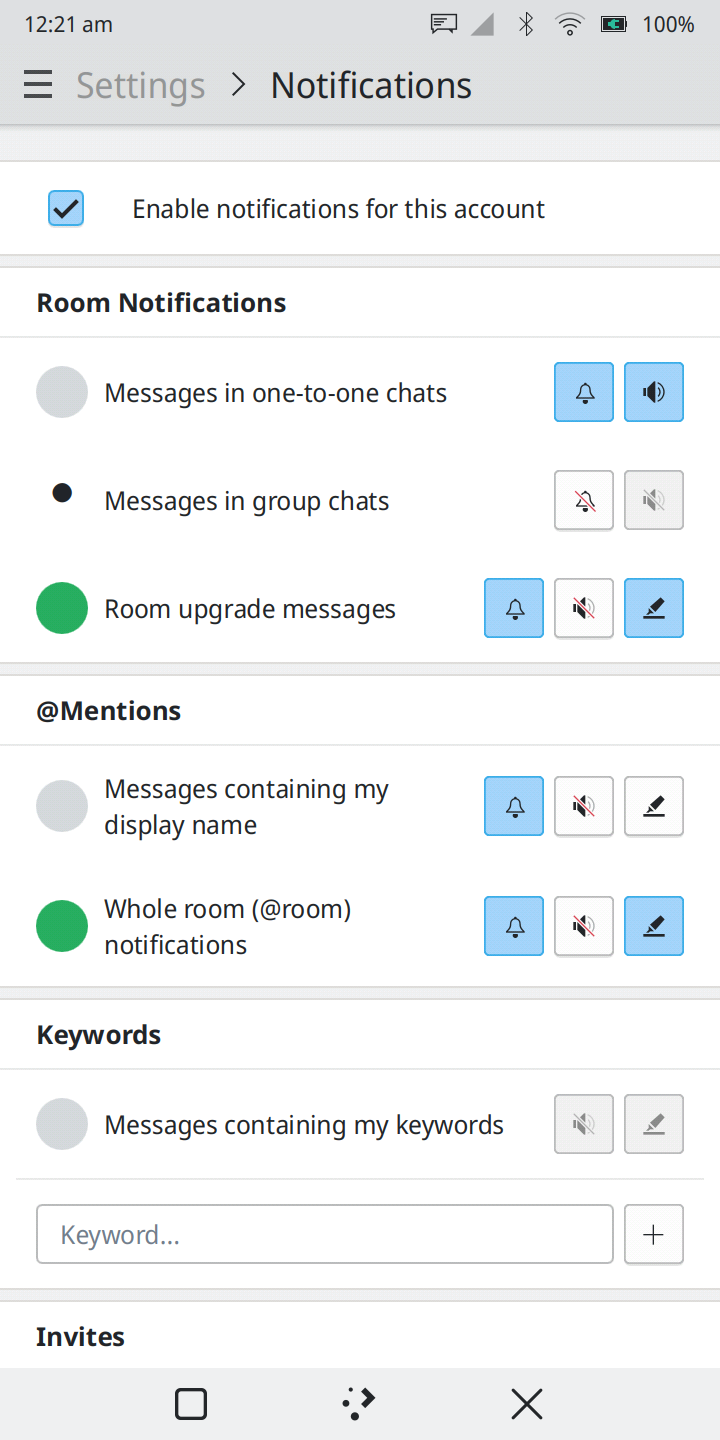 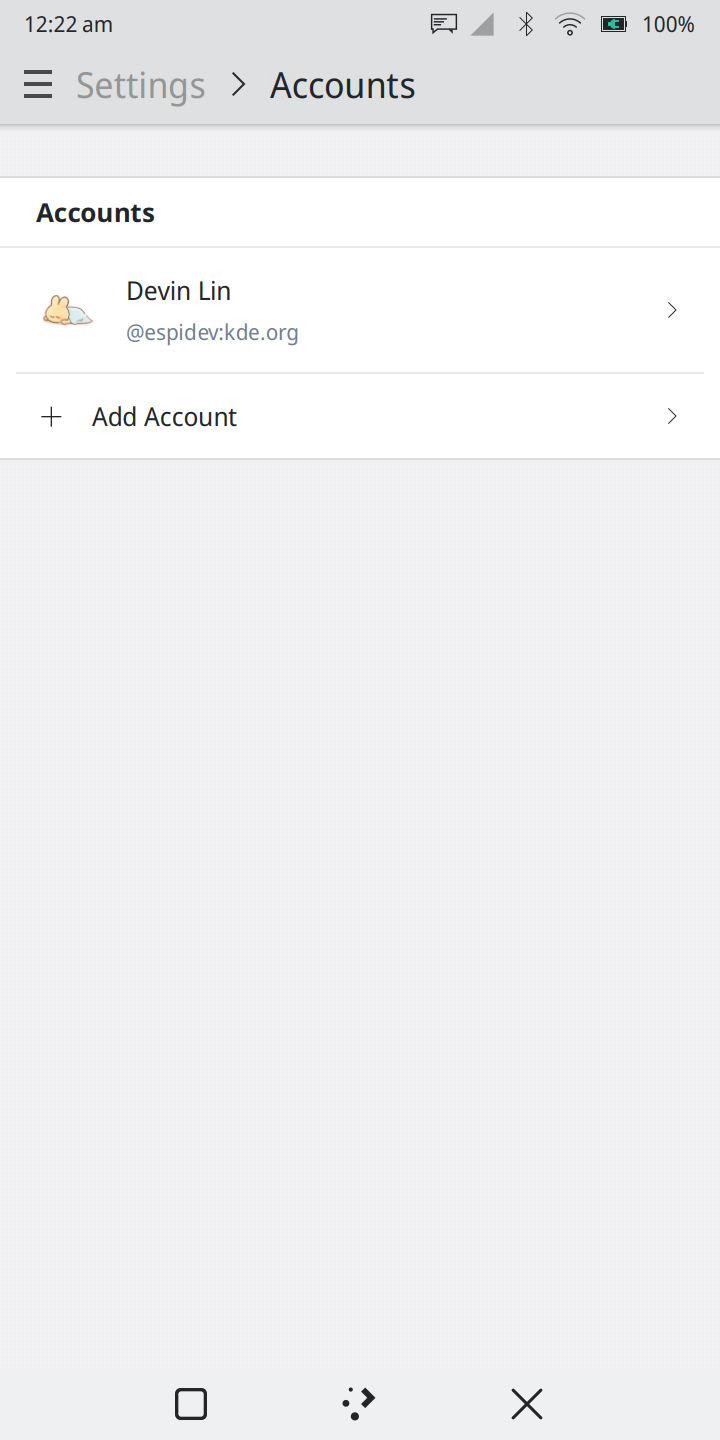 Bart added support for streaming to Kasts and episodes can now be listened to without the need to download them first. For people that don't care about downloading episodes, there is a new setting allowing you to select streaming over downloading. If this setting is activated, it will show streaming buttons on the UI instead of download and play buttons.

Devin did some major fixes to the cellular network settings module, ensuring that the toggle state always matches the one used in the shell. He also improved behavior for when there is no SIM, as well as added more helpful messages if an APN is not configured. Some UI issues on the APN page were also fixed.

Devin also fixed accent colors being set from the wallpaper not working in the colors settings module.

Devin fixed some issues with the new account setup. At Akademy we discussed sharing code between Kalendar and Raven.

Łukasz fixed the edit button showing on the time page even when no entries are listed.

Jonah implemented a lyrics view in the player, and made it possible to filter recent search queries. He also added real album cover images instead of monochrome icons in all song lists.

Mathis made a few UI improvements, including rounded images and new list headers. 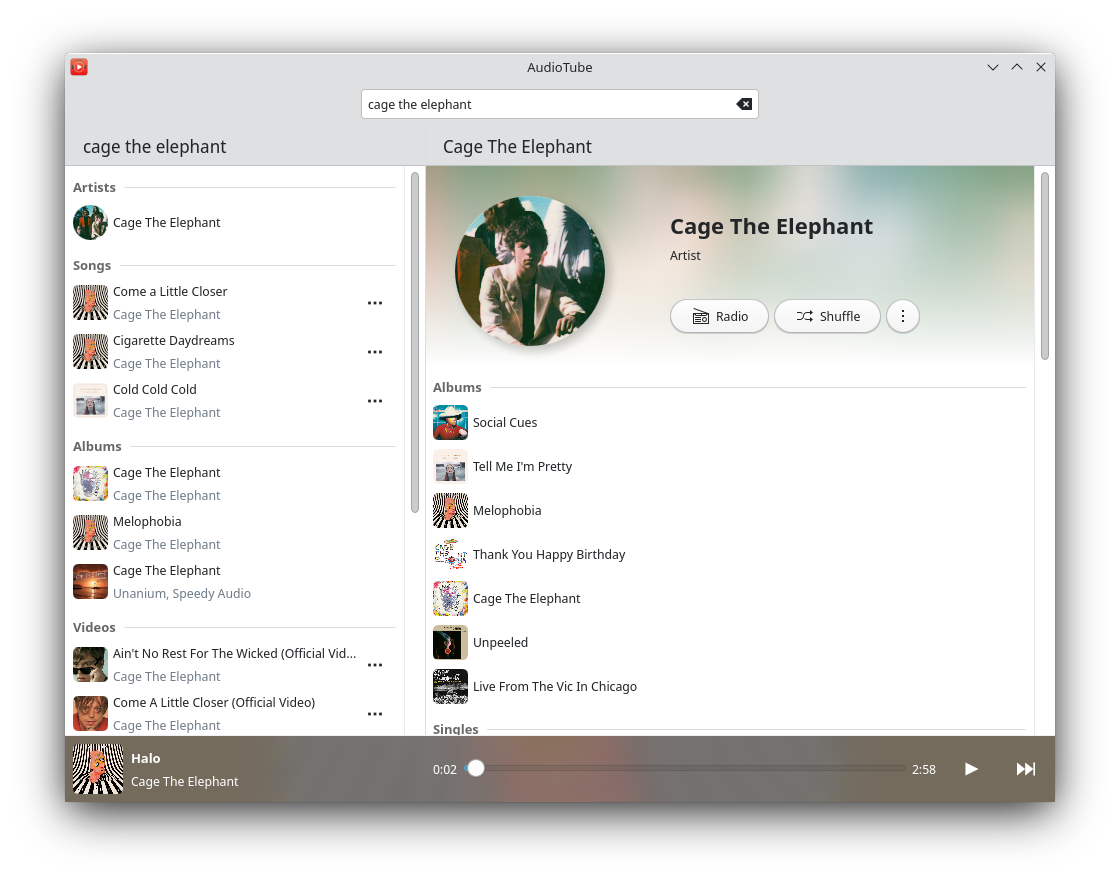 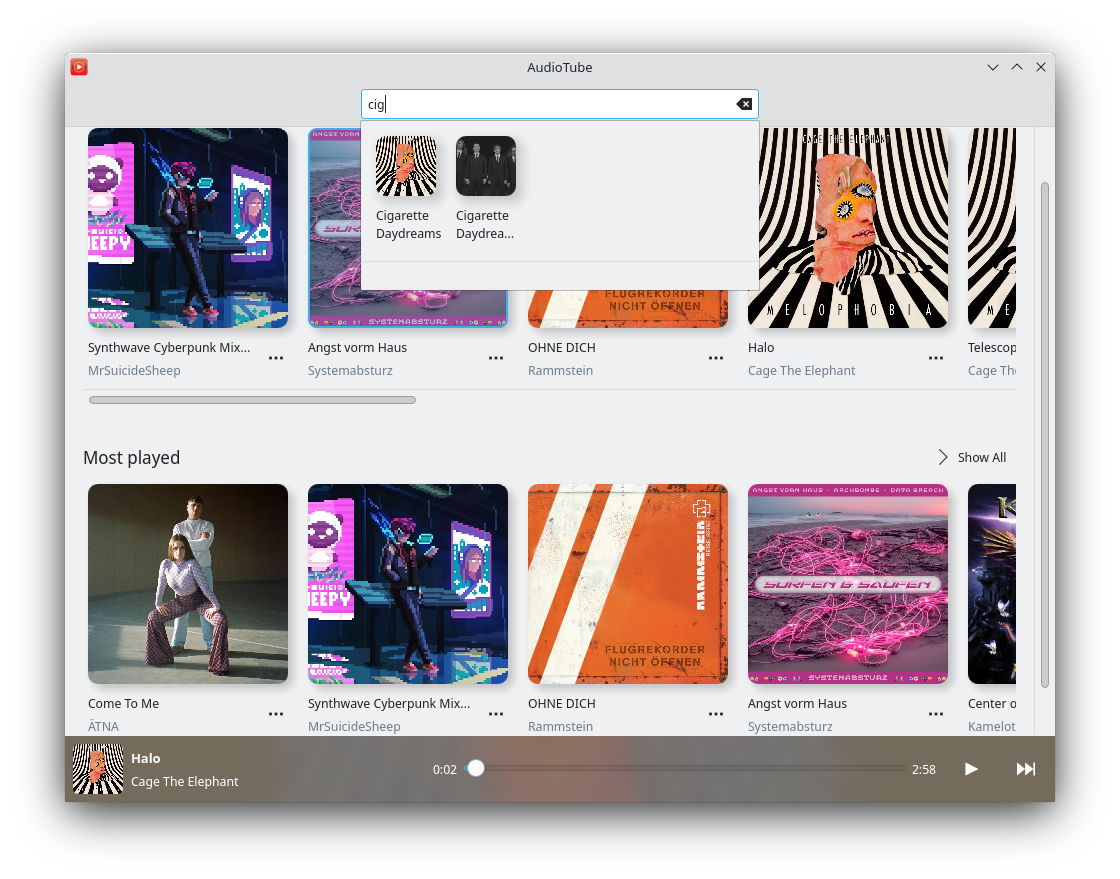 Actions for each song (like add to queue, etc.) are now in a popup menu. This allows you to favorite songs without having to play them.